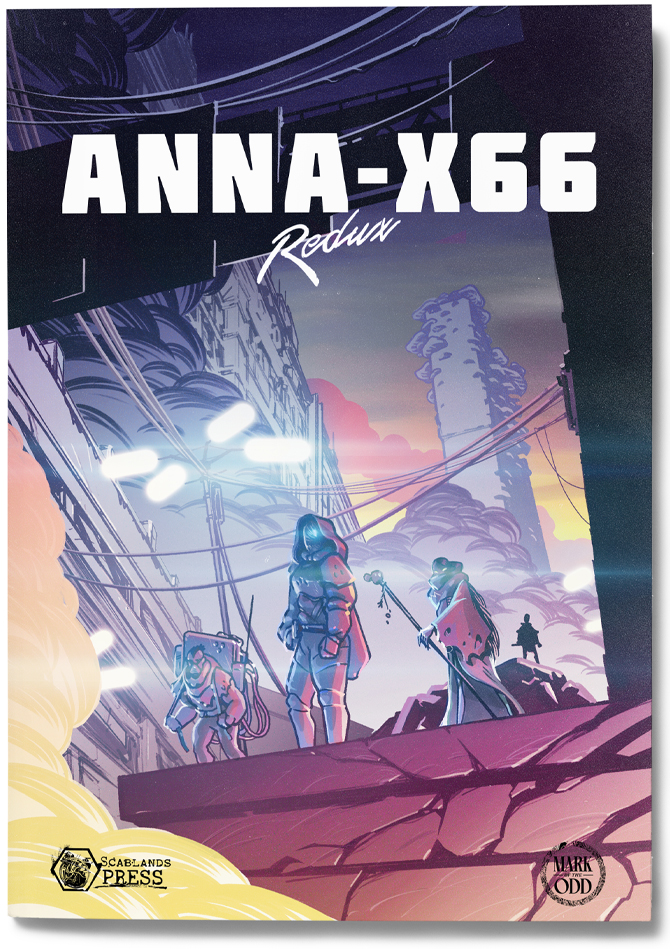 ANNA-X66: REDUX is a tabletop roleplaying game that mixes together 80s and 90s sci-fi films, comics, and novels with a pick-up-and-play ruleset that powers Into the Odd. You wake up in a world that hasn't recovered from devastation and desperately needs your help. Luckily, everywhere you turn there's a friend and a half-buried artifact that defies the laws of physics. You can bet some shady characters want to get their hands on what you've found. Are your characters special? We don't know yet. Make them special! So far, they're just incredibly weird. There is also a super-intelligent AI that wants to "assist" you, but that hasn't gone well in the past.

ANNA-X66: REDUX evolved out of years of games of Into the Odd and Electric Bastionland by Chris McDowall. The rules of ANNA-X66:REDUX embrace the wackiness, the speed of play, and the impact of interesting (and risky) decisions. The ruleset is backed by Mark of the Odd, the engine that powers other successful games such as Silent Titans and Mausritter, and it has influenced many, many more.

Your pledge will help us to create a PDF and a physical paper zine (saddle-stitched, 8.5" x 5.5"). Gather pencils, dice, paper, and friends! This zine will provide the rules and setting tools needed to tell stories in the odd world of ANNA-X66: REDUX. 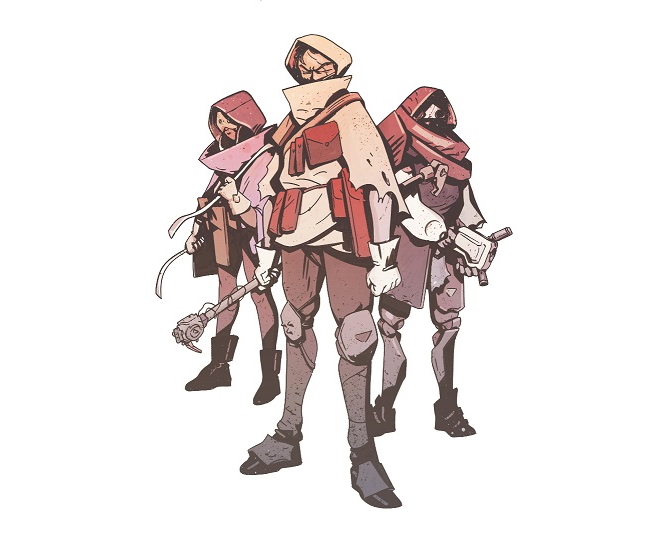 Roleplaying games should be made out of interesting decisions. This ruleset drives towards interesting and dangerous decisions right from the start. The system is d20-roll-under for ability score saves and no to-hit rolls (just roll your damage!), making it both quick and deadly. The core rules fit on just 2 or 3 pages, so mastering the system takes just a few sessions of play. That's why Mark of the Odd is many peoples' go-to for one-shot games. 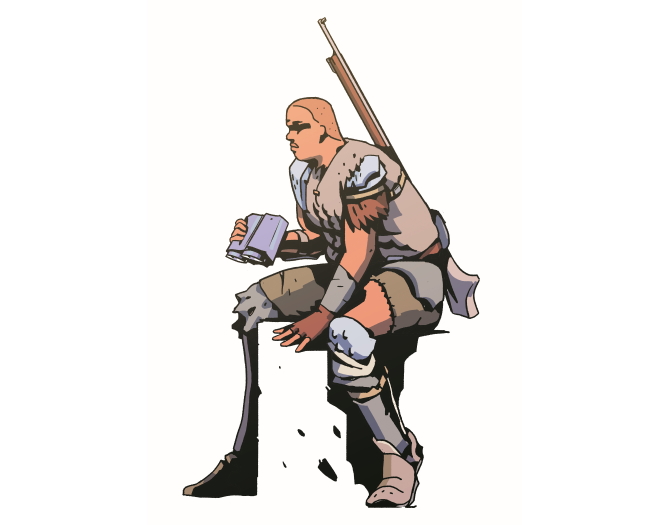 Make your characters in minutes by rolling a few handfuls of dice and making a few simple choices. You've got just 4 stats to keep track of: Strength, Dexterity, Willpower, and Hit Points. You also have a small collection of useful items and abilities.

I don't want the Facilitator (our GM) to know exactly what to expect as the game progresses. To that end, the book contains many random tables to roll on, for basic things like food, tools, NPC names, and monsters, to locations within the hex-crawl city and Mythics, which are powerful items that "break the game a little". There is also an ANNA, an Autonomous Neural Network Algorithm, in every game. It's a powerful AI NPC that can be a follower for the players or an antagonist, as needed. ANNA is Hal 9000 from 2001: A Space Odyssey, Holly from Red Dwarf, Skynet and Terminators of the Terminator franchise.

The two key components of the campaign section of the game, which expand upon the core rules, are hex-crawl exploration and providing aid to communities. Investigating unusual locales and settling community disputes should be just as much a part of games of ANNA-X66: REDUX as fighting foes, disabling traps, and making ability checks. The hex crawl map looks like this: 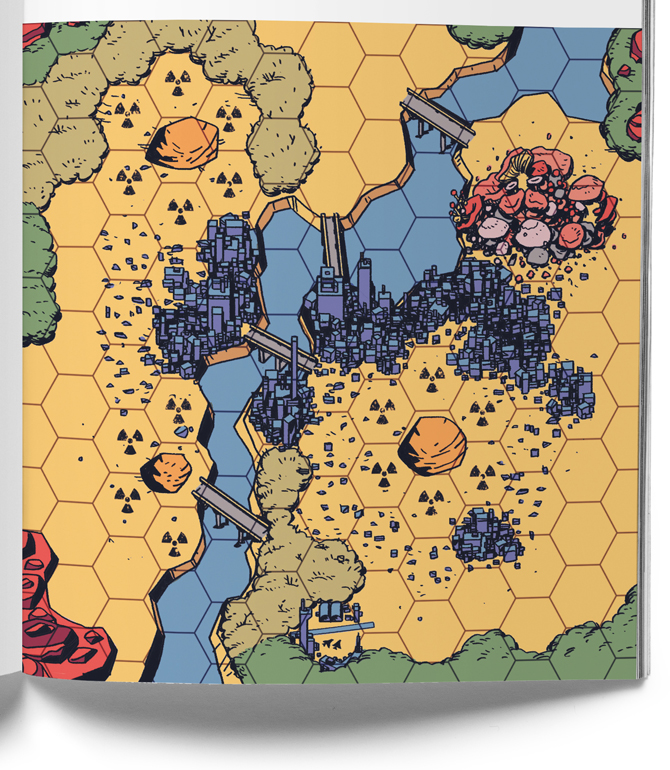 As it stands, the text is nearly complete. You can find check out the Mark of the Odd rules and license by Chris McDowall if you want to see if this game will be the right level of "crunch" for you and your group. The game has been thoroughly playtested internally and we'll keep playtesting until right before sending the text to our layout artist, to ensure the best quality possible.

The zine will include the location of Capital City, a mix of glass towers and wastelands, with dusty ruins in between. It's high-speed, high-tech, high-risk, and high-reward.

The city that capital built. Buildings for government, world commerce, and the military were the first to be targeted, naturally. Whatever is left of them is ash lying at the bottom of a crater. The surrounding areas are irradiated waste ground with the odd stretch of brick or cinder-block indicating where walls once were. Large sections of the city are mostly undisturbed, having been far enough from the initial blasts. Now, they house settlements wherever someone was able to pen-in guinea pigs, or cover a rooftop with soil and add irrigation. Street-level is mostly empty, save for the occasional trader or hunter, leaving for the forests, or better yet, returning. Where humans have begun to rebuild, it is safe to walk alone. Unfortunately, the things you're looking for are likely to be found far from civilization.

A torn postcard is visible in the dust at your feet. "Visit Beautiful Capital City!" The city looks a lot different today. What would they boast of now?

Each region has random encounter tables populated with helpful or harmful people, creatures, and robots.

Hazards hide behind every pile of rubble. But helpful friends can be coaxed out of hiding too.

Capital City is just one of several locations that we've used during development. Other locales have included Sunk City, a half-submerged green-tech megalopolis and Harbour City, a smog-choked delta of scrap forts and military bunkers. We hope to turn these areas into fully-fleshed-out game material via stretch goals from Scablands Press and other talented folks in the online TTRPG community. 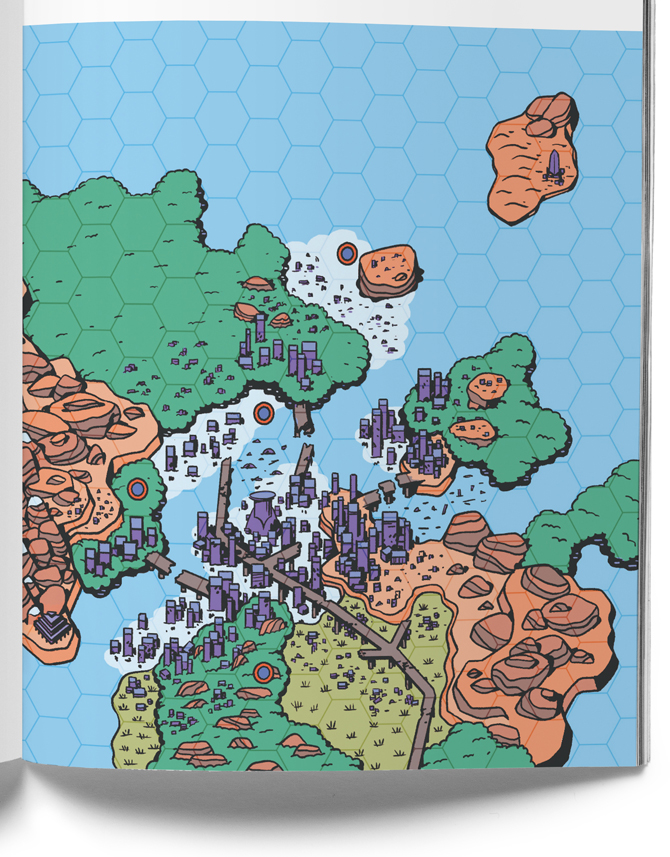 Slade Stolar - Has written the main text of the game. Previous RPGs from Slade include The Indie Hack and Dust, Fog, and Glowing Embers.

Carlos Andrés - Carlos is an artistic powerhouse of gritty designs, saturated colour palettes, and bold lines. He has drawn many pieces of amazing artwork for this project, and even more will go into the zine. Excellent examples of his work are all over this very Kickstarter page.

Megan Bennett-Burkes - Will be doing layout to make this game visually slick and easy-to-navigate. If you'd like to get in contact, Megan can be contacted at Megan@bennettburksdesign.com

How is it playing?

As a designer, there is nothing more gratifying that knowing that people are playing your game (maybe having an early playtest go really well is tied with that). Playtesting this game ourselves has been excellent fun. But, I'd love to follow the conversation surrounding the game as it gets into other players' hands. Let's use the #ANNAX66 hashtag for play reports, reviews, or thoughts on the text!

In order to download this game you must purchase it at or above the minimum price of $22 USD. You will get access to the following files:

Support this game at or above a special price point to receive something exclusive.

Get the game in PDF

Get the game in PDF 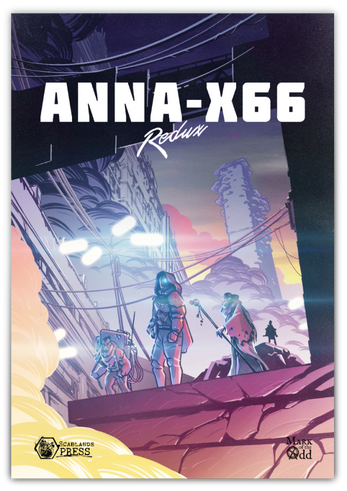 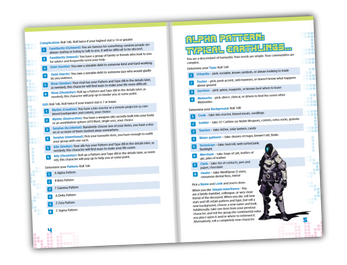 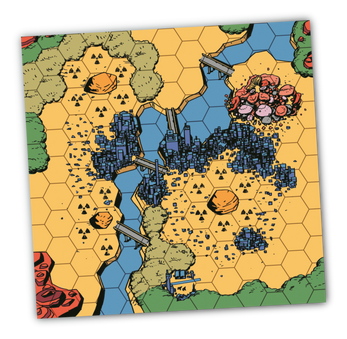